This past week held two days on my calendar of significance. October 2 and 3. I am somewhat amazed at the calendar dates now. It seems every day is now a national day of whatever… I believe it is a conspiracy theory for Hallmark to make more money for cards that someone in your family will eventually throw away.

Anyway, October 2, 1950, and October 3, 1960. Both dates are significant for the value they not only bring me but also to our family and many others, I would hope. 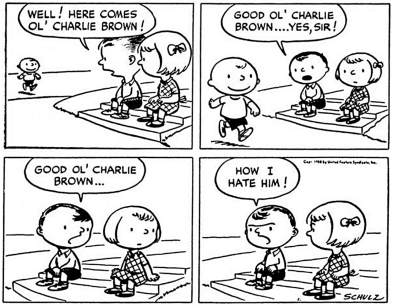 So, here are a few tidbits you might not know about Peanuts, created by Charles Schulz…

October 3, 1960, a day that will live in television history, The Andy Griffith Show first aired. 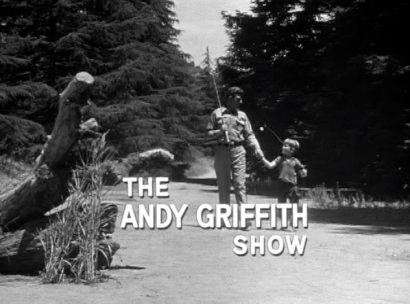 When all else fails, and you have to just watch TV, and there is nothing on, you can always watch Andy. Our family loves Andy. Outside of Heather and Breana, my parents, my brother, I have three friends (Allen, Mark, and Norm) on speed dial for Andy Griffith trivia.

So, here are a few tidbits you might not know about The Andy Griffith Show…

Anyway… Peanuts and The Andy Griffith Show, October 2 and 3, back-to-back write-ins on my calendar. Peanuts and The Andy Griffith Show have brought everything from a balance of humor and melancholy of life to leadership lessons. Both give stories of characters offering lessons about happiness, friendship, setbacks, perseverance, and life itself. In some ways, a moral compass. It’s amazing how we can identify with so many characters of both or know of people who definitely can. I see a lot of Lucys and way too many Barneys in the world. I wish more people in leadership positions led like Charlie Brown and Andy, by just doing what is right by people. We need more friends like Linus, and the slow-down of Mayberry would be a nice feeling to experience.

We spend much of our time quoting the greats of history, the philosophers, the theologians, the poets, etc. Well, I do as well. But the funny thing is, I find myself quoting the characters of Peanuts and The Andy Griffith Show a lot of the time as well. Especially when I or someone around me unintentionally find ourselves living out a memory moment from a frame of the comic strip or a scene from the show. I have written enough for you to read today, so I will Nip it in the bud…

Let’s go fight the good fight of leadership. Someone has to…

Remember… Think Leadership and Be For Others…

A parody for today with some little truth, perhaps… Hope you enjoy it…

I really like you… BUT… if this statement ever comes up in a dating relationship, odds are you are about to break up. Welcome to the transfer portal of college sports. That’s about how I see it. The transfer portal only works in the Fansville, Dr. Pepper commercial. They really did not need a kicker, but he brought Dr. Pepper through the portal with him, which made all the difference to his acceptance.

So, why does a player enter “the portal?” Here are a few reasons why I believe they do and my response to each in italics…

Anyway, all these transfers… it seems that it has become a free agency market. At some point, will college athletics become over-populated? It looks like a used car lot. And then there are the “I’m transferring” statements put out by athletes. Have you read some of them lately? Here are some great “tag lines…”

The idea of posting your statement of transferring with all the high-def graphics wears me out. The bottom line, the athlete, is breaking up with the college and moving on. Does a statement really need to be made?

So… If you are still reading, then I need to let you know… I am entering the transfer portal, and here is my statement…

After much consideration, time alone, prayer, and speaking with my loved ones, I would like to announce that I have entered my name into the transfer portal. I would like to thank those who brought me to WORDLE. Their encouragement and daily challenge have made me a better thinker. I have enjoyed my time and the friendships I have made, but I feel it best to move on. I am leaving WORDLE and taking my intellectual talents to NERDLE and GLOBLE. NERDLE offers me the intellectual stimulation of mathematics on a deeper level that WORDLE could not provide. GLOBLE offers me the intellectual stimulation of relearning and identifying countries across the globe to enhance my geography. I will forever cherish my time at WORDLE and look forward to what the future holds at NERDLE and GLOBLE. Yes, both platforms want my time. Please respect my decision. #gonerdle #gogloble

Remember… Think Leadership and Be For Others…

We all decided to get into education to help change the world and to help children, right? Educationalists (yes, if you are in education, you are one of these) talk about what the role of a teacher and student should look like and be. Being a teacher goes beyond teaching your subject area. What we seem to have a hard time doing is knowing what it actually looks like to “be for a student.”

Have you ever thought about why students like some teachers and not others? Maybe we should say, care for, instead. Let’s forget about the subject matter for the time being. Our goal for our students should be more than imparting our knowledge. We are the last great hope to help develop students and model a mature, professional example while the world gives them all that other stuff and garbage.

As I look at teaching, students might not care about the subject matter you teach, but they do know if you know what you are talking about. I do, however, believe that students think and care about how a teacher shows and provides engagement, emotion, expertise, and just maybe a little entertainment. If you can provide these, then they might just give your subject matter a chance.

If we are going to provide engagement, then we have to have connections with our students. We have to know them more than who they are sitting in a desk or at a table. Also, please do not let the negative “teacher talk” decide how you feel about a student. We must learn to engage all, not just a select few.

If we are going to provide emotion, then we have to have passion, not only for our subject but for our students as well. They have to see and know we care. Let them feel that “vibe” of your personal teaching touch.

If we are going to provide expertise, then we have to have ourselves prepared every day. Students know when we do not know what we are not talking about. Our expertise defines our teaching.

And there might be those times where we need to provide a little entertainment. I like to call it “edutainment.” Yes, it is ok to laugh and make students laugh. It is ok to do a little dance. What a powerful impact we can have by allowing our students time to breathe, and as I have often said in my classroom, “Sit back, relax, and enjoy the show.”

We owe it to our students to be for them. We want them to succeed both academically and as individuals. Our focus is to grow the student. How is a student ever going to flourish in your classroom if they do not know you are for them? Find your ease (E’s) of teaching and see the difference you will make.

Remember… Think Leadership and Be For Others